If You Can't Stand the Coding, Stay Out of the Kitchen: Three Chapters in the History of Home Automation

For decades, futurists have been hanging out in America's kitchens, looking for problems to conquer with their computer solutions. Many have tried, yet none have ever quite delivered the recipe for success.

"A house is a machine for living in."
— Le Corbusier

As time passes, visions of the future ultimately face reality. In computer history, the time scale of "yesterday's tomorrow's" takes place on the exponential substrate of Moore's Law, giving predictions a half-life unknown in almost any other field.

Despite this runaway avalanche of technique, cultural factors remain remarkably constant across time. A particular cultural "meme" that seems to never die is that of the American kitchen as a site where technology, in the name of "increased leisure time," bumps its head against the real world of driving kids to school, making dinner, and washing dishes. Here are three of the stranger episodes in the history of computing where kitchens and computers have collided.

In 1966, Jim Sutherland, an engineer with the Westinghouse Corporation, created the machine known as the "Electronic Computing Home Operator," or ECHO IV. [Figure 1] ECHO IV was a home automation system, hand-crafted with surplus electronic parts and enclosed in oiled-walnut wooden cabinetry, that computerized many of the household chores formerly undertaken by Mrs. Sutherland. 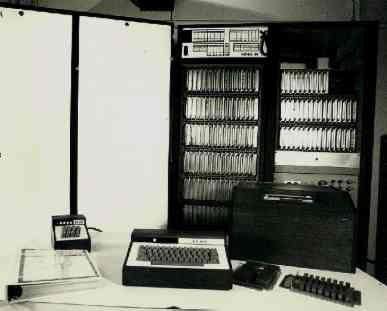 The family finances were completed "automatically," and, according to the April 1968 issue of Popular Mechanics, the Sutherlands were extending the system to store recipes, compute shopping lists, track family inventory, control home temperature, turn appliances on and off, and predict the weather. One of the features Sutherland was most excited about was ECHO's ability to act as a family message center, a place where people could leave notes to each other. Not everyone was pleased: As the system expanded to take over the family basement recreation room, Mrs. Sutherland was heard to ask: "Will it replace me?"

Sutherland's idea found more public expression when, a year later, Neimann-Marcus advertised the "Kitchen Computer," on the front page of its catalog for 1969. The Kitchen Computer was a $10,600 Honeywell minicomputer, in futuristic packaging, designed to store recipes-presumably for the housewife who had everything. One of the Kitchen Computer's main marketing claims was that it could tell you what you could make with the ingredients you had on hand, an attempt to digitize the kind of tacit knowledge that a good cook learns from years of experience or family tradition. Such "de-skilling" is a common feature of most forms of automation, an outcome suggested even by the advertisement itself, which had the now-unimaginable tag line: "If she can only cook as well as Honeywell can compute." [Figure 2] As far as is known, no Kitchen Computers were ever sold.

The problem with the Kitchen Computer as a "convenience" was technical as well as cultural. Technically, there was no means to input or output characters, and interaction with the built-in recipe file was by front panel switch. Even Honeywell's marketing literature shows an attached Teletype, leaving one to wonder how much of a timesaver the Kitchen Computer could really be. The purchase came with a two-week programming course as well (in a language known as BACK), highlighting this deficiency and making the product absurd from a consumer point of view. 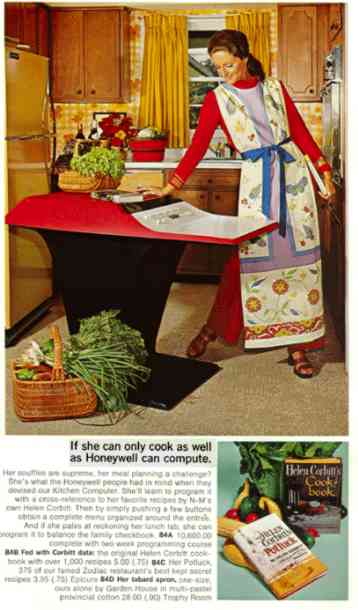 Figure 2: Original advertisement for the Kitchen Computer: "If she can only cook as well as Honeywell can compute." Ouch.

Culturally, one must ask whether it was likely that anyone who could afford to spend over $10,000-the price of a small suburban home in 1969-on a device to store recipes would really be doing any cooking. With that kind of budget, the solution would likely be a live-in chef or the traditional 3x5 card file, no?

This meme is still a potent driver of technology, or at least marketing. Consider the announcement last year by Electrolux of an Internet Refrigerator, the "Screenfridge." [Figure 3] Screenfridge is a machine that includes a flat panel display in the door allowing family members to record and play back messages to each other or to anyone outside their home via e-mail. It also has a built-in web browser; a recipe engine that tells you what you can cook with what you have in the fridge (sound familiar?); an integral barcode scanner that will order more food for you over the Web and arrange delivery; a built-in TV and radio; and connection to home security cameras.

In one significant way, the Screenfridge differs from the ECHO IV and the Kitchen Computer. While these early attempts have a certain innocence (or at least naivete), the Screenfridge reflects the more commodified cultural landscape of the 21st century, and its marketing model is pure Orwell, as the on-line brochure makes plain: "The price of the Screenfridge will depend on several variables. When we go to market with this product we may try non-traditional business models such as lowering the price to consumers in return for displaying banners on their fridge doors."

The Illusion of Saved Labor

What deeper connections can we draw between these objects that span three decades? First, there is a desire for control of the everyday processes that frame our lives, something these machines embed in theory if not in practice, of technology structuring a choreography of the mundane played out via computers. We believe, or want to believe, in technology as a simplifier of our lives, and in the face of contradictory evidence, we adopt an ambivalent perspective rather then rejecting technology outright. The more successful products seem to be the simplest, ones that make straightforward claims and have obvious benefits (i.e., no required programming courses).

Second, these three examples reflect the profound qualitative shift in computers that occurred in about the mid-1970s from machines that were pure "number-crunchers" to devices that enable communication, visualization, and entertainment. Electrolux explicitly notes that the refrigerator is a central meeting place for any household; something every family member interacts with on a daily basis and thus a 'natural' hub for the various activities their fridge enables, precisely what Jim Sutherland said about his ECHO IV. These reflect changes in what people thought computers could be-and underline how Screenfridge lies within a tradition of which Sutherland's ECHO IV and the Kitchen Computer form a part. 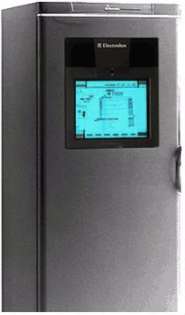 Figure 3: Electrolux Screenfridge, invented over thirty years after the Kitchen Computer and the ECHO IV.

Finally, all three devices reveal a cultural desire for control in the home, control that promises "increased leisure time" and similar life-enhancing benefits, and whose realization or practicality become submerged in a surface faith in technology. As homemakers long ago realized, claims of increased leisure time are generally illusory.

Le Corbusier's comment at the beginning of this column suggests a model for the home as something mechanical that supports human life. Whereas once computers in the home stayed put, we can now expect a second qualitative change, driven by the Web, to emerge within five years: a change to ubiquitous computing in which the distinction between the home and its occupants becomes blurred.

How becoming ever more CPU-like is meant to be liberating (as inputs are fed into us from every direction) is unclear. The level of interactivity will be much more demanding, moving from quiescent devices that serve when asked (e.g., a toaster) to interrupt-generating "intelligent" peripherals-cum-appliances that demand user input. Rather than occupying several square feet, today's kitchen computer might be built in to a cookbook; today's ECHO IV runs on a PC with an X-10 (or similar) home interface adapter; and today's more upscale homes already come pre-wired with networking and low voltage DC control infrastructures. Prospective homebuyers will soon be asking: "How long does it take to master this place's API?"

As Upside magazine recently noted about Larry Ellison's home, you know you've really arrived when your house has its own Chief Information Officer.

This column is partly based on a paper I delivered at the Alien Intelligence conference at Kiasma, the National Museum of Contemporary Art, Helsinki, Finland, March, 2000.

Cowan, Ruth Schwartz, More Work for Mother: The Ironies of Household Technology from the Open Hearth to the Microwave, New York: Basic Books, 1985.

More images of the ECHO IV and the Kitchen Computer are available on the next page.


Dr. Dobb's encourages readers to engage in spirited, healthy debate, including taking us to task. However, Dr. Dobb's moderates all comments posted to our site, and reserves the right to modify or remove any content that it determines to be derogatory, offensive, inflammatory, vulgar, irrelevant/off-topic, racist or obvious marketing or spam. Dr. Dobb's further reserves the right to disable the profile of any commenter participating in said activities.